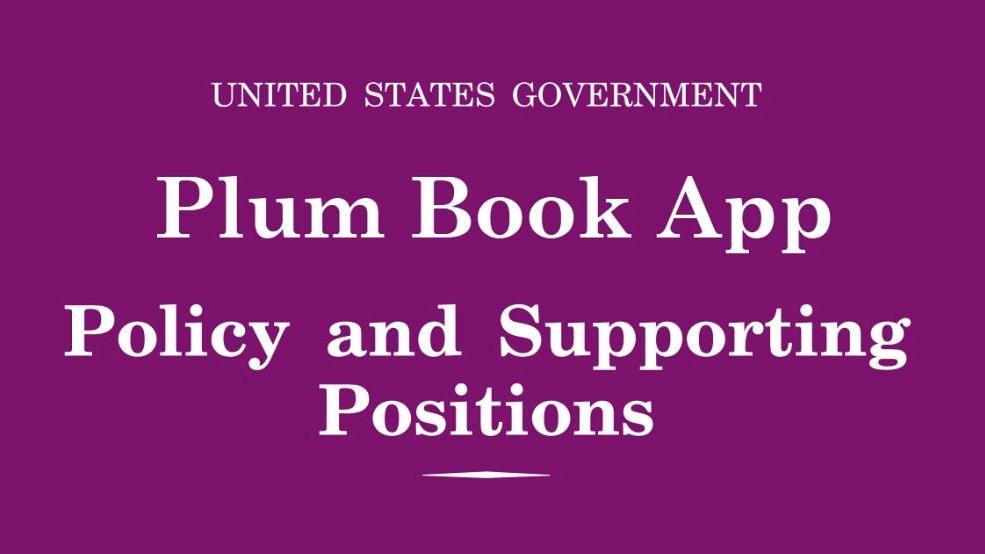 Washington, D.C., January 02, 2023: President Joe Biden took a significant step toward increasing government transparency and accountability by signing the Periodically Listing Updates to Management Act (PLUM Act), which was included in the fiscal year 2023 National Defense Authorization Act (NDAA). Earlier iterations of the PLUM Act also included provisions that would have expanded President Biden’s efforts to diversify the federal government.  Unfortunately, these provisions were not included in the version of the PLUM Act passed by the United States Congress.

The PLUM Act requires the Office of Personnel Management (OPM) to establish and annually update a publicly available online directory of senior government leaders. Previously, this directory, known as the Plum Book, was only published via PDF every four years, alongside the transition of administrations.  The PLUM Act now allows for more timely information about the hiring of over 9,000 presidential appointees who are making decisions that impact the lives of millions.

While annual reporting is certainly a win for transparency and accountability, the final language of the NDAA failed to include a critical provision from both the 2020 and 2021 versions of the PLUM Act that would have required OPM to make publicly available a summary of voluntary demographic information on political appointees. The final version also reduced the reporting timeline to annually rather than continuously maintaining the database. These reporting provisions were strongly endorsed by a bipartisan coalition of over 30 civil society organizations, including Inclusive America, a nonprofit focused on making the government as diverse as the people of the United States.

“Despite the removal of the demographic reporting piece, the passage of the PLUM Act is a step in the right direction since the Plum Book will now be updated more frequently and available in an accessible format,” says Inclusive America cofounder Mark Hanis. “It lays the foundation for the reporting of additional information to be layered on over time, and we look forward to continuing to work with our allies in Congress on this. OPM already has the data, but it needs to be made available if we’re to understand how to make the government more representative of the people it serves.”

Inclusive America is a 501(c)3 nonprofit that will help make the government as diverse as the people of the United States.

To make a general inquiry, please visit our contact page. For media/press inquiries, contact us at: +1 (202) 713-9694 or email info@inclusiveamerica.org.